After checking one last time to make sure I had water, and a bit of nutrition I hit “Start” on my bike computer, clipped in, and pedaled cautiously westward on to the Schuylkill River Trail from Oaks, PA. This was my first ride on my new triathlon bike. It is a Specialized Shiv custom fitted by Stu Waring of Parvilla Cycles in Edgewater, Maryland. I had seen Stu the first time a month or so ago in hopes of finding some level of comfort on the bike. At the time, we could only partially get the changes recommended by the DFU and Retul fit system to transfer over to my Felt B10. 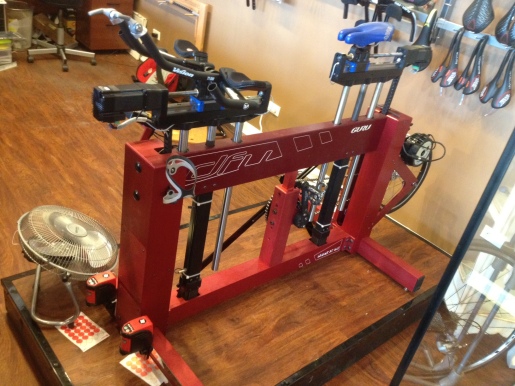 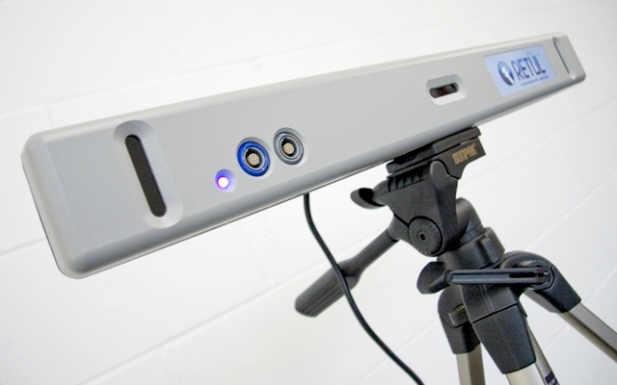 The seat and seat post were easy enough but the cockpit just didn’t have the needed adjustability. Still, with a shorter stem and some advice from Stu I gave it the old college try. The new seat and seat height were great but the low, short front end was not working.

with the webs of my fingers and then to hold my butt in the right position on the saddle. This required constant diligence and fatiguing effort as my body wanted to naturally slide forward due to the much lower position of the pads and bars vs. the seat. This setup also created a few not minor safety concerns not the least of which is that I couldn’t really see where I was going. I was more or less positioned to stare at the front wheel. This would be fine on the trainer but on the road there are things like potholes, cars, people, and what not. God only knows you wouldn’t want to run over a what not. Also, with the very forward position of my hands on the bars, any bump made me lose grip. A big bump promised to fling me over the bars in this position. With the short stem, the whole setup was also very unstable.

After several rides like this I put in a call to Parvilla Cycles and explained my concerns. “What’t the right way to fix this Stu”? We discussed options. We could buy new bars and come up with a marginal solution that would be cobbled up with lots of spacers and be at the edge of adjustability. Or we could go with a new bike. I really needed a size bigger and a model that would accommodate my long legs, long arms, and short torso. Stu gave me three options with an obvious preference for the Specialized Shiv. In my brain it was either make the switch or give up triathlon and perhaps pick up competitive tidily winks.  I told Stu to order the bike.

A week later and another trip to Maryland, and my new Shiv made it’s way to my garage. Of course there was cost involved but that would all be picked up my sponsors. Wait . . sorry . . I’ve been watching way too much Tour de France coverage. Sponsors would certainly be nice but as far as I know Sky or Etixx-Quickstep are not lining up outside my door to sponsor a slightly overweight, slightly over-aged, middle of the pack triathlete. Hold on. I’ll be right back . . . . no . . . I checked. There isn’t anyone out there. 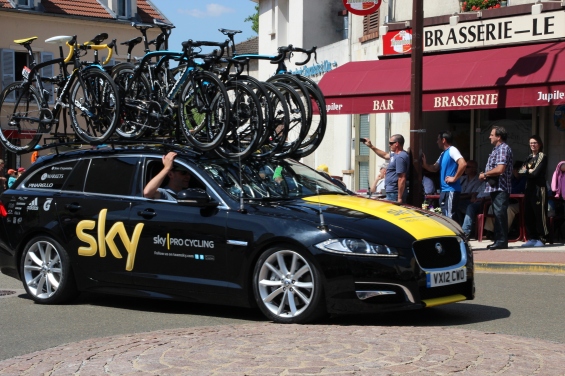 I did save costs where I could. I absolutely love my Di2 electronic shifting and refuse to give it up. But to order a new Shiv so equipped was mind bogglingly expensive. In discussions with Stu I explained that my current Dura-ace 9000 Di2 system is only about a year old. We agreed we would just swap the mechanical Ultegra system on the new bike with my current drivetrain. Problem solved!

This past Friday Janice and I set out for the 2.5 hour drive to Edgewater, MD so Stu’s mechanic, Joey, could dive in to making the parts swap. Essentially he had to build 2 bikes in a few hours while my wife and I shopped in Annapolis. When finished, the new Shiv would be set to the exact specs recommended by Stu, Retul, and the DFU. In theory, the Felt would be ready for a new owner with brand new wheels, tires, and sparkly new Shimano Ultegra drivetrain.

Things went mostly swimmingly with the Shiv. Except the junction box for the Di2 system was hopelessly wedged in the down tube of the B10. Stu and Joey were able to “borrow” one from another bike they had in stock to build the Shiv, but the wedged junction box prevented routing of the mechanical cables for the Ultegra drivetrain to be installed on the Felt. Additionally, the headset bearings on the Felt were shot. This is a common problem area especially for people that sweat like Bigfoot on a tropical vacation. Oddly, the first I noticed a problem was when I loaded the bike to head to Maryland that morning so this was not surprising news from Joey. I guess Black Betty gave her all for me and was now letting go.

I got the call about these issues at about 4:00 in the afternoon. We were shopped out and heading back to the bike shop. Upon arrival Joey explained the deal and I agreed I’d leave the Felt for him to fix later and we’d figure out someway to get it back to Pennsylvania. More importantly, he had the Shiv just about done. We loaded it up and after a good local meal headed North for Reading.

The Shiv is a really sharp looking bike. I’ve heard it described as looking like a rocket ship. It certainly has a drool-worthy aspect to it. Many have said that it looks fast. Of course this is a bit awkward. Given the proper engine, I’m sure it is fast. Crowie has done amazing things with his.

Still, you can’t put a worn out 4 cylinder in a Corvette and expect a miracle because it “looks fast”. That said, I am hopeful that the properly fitting Shiv will allow this motor to be a little bit better and hopefully engage the turbo on the run in my next race.

But how does it ride? Well . . funny you should ask. We had previously made plans to travel to New York yesterday (also know as New Bike Day +1) so I was not able to ride then. Of course, being a good and caring husband I wasn’t at all bitter about this. I mean, if my sweetie wants to go see a bunch of two-bit dancing girls bouncing around on stage blabbering about New York and kicking their legs like a bunch of zebras who am I to say no? After all who wouldn’t want to spend a beautiful summer day riding a bus, and sitting an an old theatre in a hot city? Bitter!? Me!? Hardly . .

Fortunately, there is always Sunday. Fast rewind back to the beginning of this increasingly lengthy post and I was just heading down the famous Schuylkill River Trail for a 30+ mile round trip. I picked the SRT due to it’s flatness and the fact that I could focus on the bike fit and feel without worrying about hill climbs, cars, etc.

I spent a few hundred yards getting used to the position of the controls, how the bars felt, where the shift buttons are, and most importantly the brakes. On the SRT you never know when that person on the Elliptigo is going to swerve out in front of you. Better be prepared to stop.

Finally, with clear trail ahead, I dropped in to the aero position. Say! This feels good. No need to think about it too much, or squirm, or wiggle, or lift or reset. The bars inch up nicely and extend just past my hands when my elbows are on the pads. I’m not going to easily slip off. My legs feel really comfortable. I can extend and get real power to the pedals. I can see without craning my neck. Say! I like this. It feels good! Now let’s see if it lasts.

It is 32 miles down to the end of the SRT and back from Oaks. Despite the nice weather I was able to ride the vast majority of it in the aero bars. There are brief moments here and there where the trail is just too crowded but I rode long stretches in aero. On my Felt, I’d look for any excuse to get out of the aero bars and sit upright. Now I couldn’t wait to get back to aero. It was comfortable and fast. I don’t think I stopped smiling the whole way.

I’ve ridden my Felt B10 since 2012. I have covered thousands of miles on it including several half-ironman distance events and one full ironman. After all this time, I just assumed it was normal to have on-going back pain, stiffness, and discomfort. I’ve come to discount when people tell me that riding in the aero position for them is like sitting in an easy chair. I just figured they were making themselves feel good. But now I get it. When the bike fits, it is so easy to lay down on the bars, relax, and crank out the wattage while the wind passes over you. The only question is, what took me so long to go see Stu at Parvilla?

If you are a cyclist, your bike or bikes probably have a name. My road bike is Merlin.

He is named after the bird rather than the magician. My Felt is Black Betty (soon to be re-christened by her new owner). She was named after the song that went with one of my favorite spin class workouts. I asked my Facebook friends last week what my new bike’s name should be. Sonya popped up a couple times. I was actually considering Red Sonya from the movie but was warned that is a slight violation of bike naming etiquette in that names are supposed to be one word. The Shiv comes in two color choices: Black Carbon, or Rocket Red. Mine is the latter. At least 3 people have commented that it looks like a rocket. After googling how to say Rocket in several different languages I decided on a play on the most common word for rocket and a bit of poetic license in spelling. So ladies and gentleman . . . . I give you Rakita! 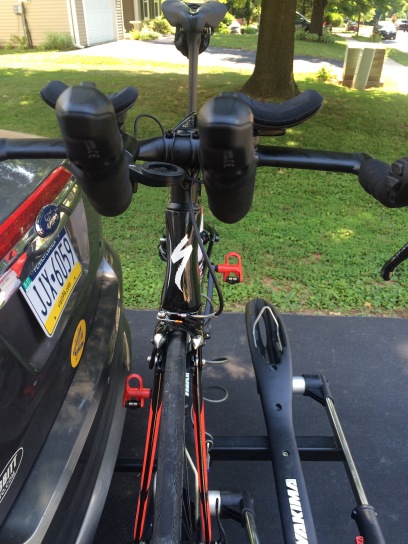 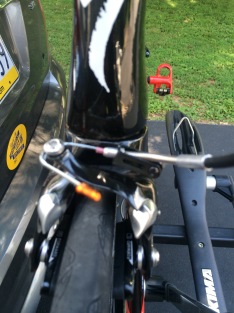