Testing! Testing 1 2 3. Hello? Hi all! It’s been a while since we talked. I’ve been suffering from a bit of a lack of creativity and a whole lotta busy. Not that anyone is necessarily sitting on the edge of their desk chair, coffee cup in hand waiting for my next blog post. After all, like podcasts, these things are done mostly for our own entertainment. I also found my last couple posts to be a bit bland. I figure if you are going to do me the honor of taking 10 minutes to read my scribblings the least I can do is to try to be entertaining. You probably already know the sky was blue, the sun was hot, and the race was hard and probably really don’t care what my race splits were. Hmmm there we go getting boring again. Anyway, let’s catch up a bit shall we? When I last left you, I think I was in Chincoteague whining about my life. Suddenly it’s almost Christmas! Just how in the hell did that happen!?

For the triathletes among you I guess the biggest bit of news is my tri bike, Rakita, has found a new home. As noted after Steelman, if I wanted to try to be competitive at all in my age group I was going to have to work a lot harder to improve my bike performance. The main problem with that is I really don’t want to. There was a time when I was all about FTP, and fast wheels, and putting my head down and making every ride about improving performance.

If I didn’t hit my numbers the ride was a failure. But here is the thing about riding a bike that way: It sucks! There is no fun involved in it whatsoever. I suppose if I were younger and had some sort of chance of going to Kona or 70.3 worlds it would be one thing, but to beat the heck out of myself for a few watts for the chance to win a fur-lined pee pot at a local race . . well I’d rather just go for a bike ride now and then. 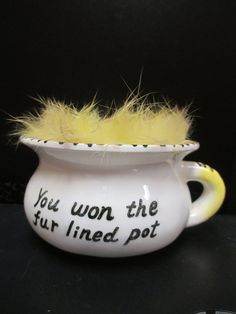 With that in mind I reviewed the mileage I had put on my very expensive Specialized Shiv the last two seasons and it was well under 100 miles including in races. I had already sacrificed speed last year when I sold my pricey race wheels and when I realized I could probably maintain my normal snail’s pace using my gravel bike I decided to give Rakita the opportunity to really race again. She has found a home with a local gentleman hoping to do his first Ironman in a year or so. Best of luck to her in her new home.

Of course, the day I came home with cash in hand and the bike count in the garage was N-1, my wife hopefully asked, “Does this mean you are done with triathlon?”. My answer “Of course not!”. Or at least, I don’t think so. I’ve always told people that the sport is Swim, Bike, Run. You just need a bike. I still have a bike.

Of course the biggest change we made this year was the new motorhome. The new big rig had a tough role to fill. We were always delighted with our first baby-sized motorhome but “The Beast” has come through. After a summer of use, we love it. In fact, few of my plans workout as well as this one though I’m sure Greta Thunberg cringes every time we crank up the V10 engine.

Triathlon season wrapped up for me in August and camping season in September. Since then my main preoccupation outside of work has been hunting season. In recent years, I’ve been fortunate to have always filled my freezer with deer or moose meat pretty early in the year but not so this year. I had to work really hard this year.

Speaking of hard-working hunters, I need to head down a rabbit hole here a second. I’d like to address the “Elmer Fudd” view of hunters the media portrays and everyone seems to have. 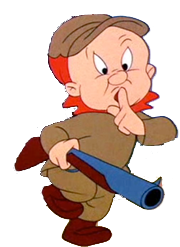 Frankly, it gets a little tiresome. First, I perpetually hear non-hunters associating alcohol with hunting. Here’s a little news flash: hunters are not out there drinking and hunting. I’m certain there is a hunter or a couple hunters here and there that probably do but the stupid idea that hunters are a bunch of drunks walking through the woods shooting willy nilly is absolutely rubbish. I’ve been doing this 40 some years. I’ve met hundreds and hundreds of hunters personally and I can attest to their sobriety.

Let me put it in perspective. If you are an avid runner, cyclist, or triathlete you train all year for your big race. You get up early, you workout, you eat right, you plan your race day nutrition and clothing and you hardly sleep the night before with excitement. So do you wake up race morning and down half a bottle of Jack before heading to the starting line? No? So what possibly makes you think hunters do!? Hunting season is our race day. We work all year long to be ready just as much as anyone serious about any other sport. We learn and practice safe weapon handling, we climb tree stands, we hike into remote corners of the woods, you can’t be drunk and do all this stuff! Believe me, this applies to 99.9999997977799% of all hunters. There are idiots in all walks of life. Don’t judge the majority by the acts of the idiots. For the cyclists among you think about how you feel when you hear “Cyclists break the law”.

Secondly, know that you are free to hike, run, or ride through the woods any time you want. We aren’t going to shoot you. Sure, during rifle deer season wearing blaze orange would be a good idea. We all know to check for orange well beyond our target before squeezing the trigger and it shows up surprisingly well. But it isn’t necessary in archery season. I can’t tell you how many times I see social media posts about “It’s archery deer season be sure to wear your orange if you are in the woods.” Seriously!? How far do you think a bow can shoot? We’re talking an effective range of maybe 50 yards. I’m pretty sure we all can tell the difference between someone walking their dog and a deer at 50 yards or less. Also, it isn’t “Oh my! There’s a deer! Fling an arrow!” Success with a bow involves patience, and waiting for the right opportunity to place a sharp arrow in a very small target area. Bottom line: I promise you are safe to do as you please in the woods in archery season without worrying about orange. I also promise you have probably walked passed many bowhunters in the woods and never knew it.

Phew. Okay. Fun sucking over. I just had to get that off my chest. 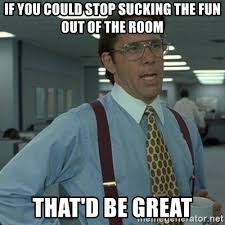 Where was I? Oh right. Hunting season. I spent a lot of time in the woods and was blessed with another year spent sharing time afield with some of my oldest, and dearest friends. Hunting was tough. I saw a lot of critters but no opportunities on something I legally could take or wanted to take. Finally, about the time I thought I’d be begging for charity venison from my friends, Artemis and the other gods of the hunt got together with Mother Nature and granted me another year of success in the deer woods. I expect a call any day from my butcher telling me to come get my year’s supply of extra-lean, organic meat.