Who would have thought a simple injury from moving white crap (my family-friendly term of endearment for all snow) could become such a soap opera? So far we are 4 doctors, 1 ultrasound, 1 X-Ray, and 1 MRI in and still no diagnosis. If you remember from my last whiney installment I had a good plan with Dr. Cook at Commonwealth Orthopedic. He recommended one MRI to rule out stress fracture and then he would call me within a day to discuss results and schedule the likely followup MRI to look for sports hernia.

This was a solid plan and despite some minor concerns about getting an MRI, like dying of asphyxiation in that little tube, I trundled off to Keystone MRI on June 16th and was pleasantly rewarded with an excellent first MRI experience. It was an “open” MRI

which meant no tiny tube. Additionally, only my legs and hips were under the machine. I had a little bit of a view out the window. Truthfully, I think I had a great nap.

That was a Friday. Reasonably, I didn’t expect to hear from Dr. Cook until Monday. Okay, perhaps Tuesday. Hmmm. A week later I hadn’t had a return call. This was disappointing to say the least. Friday morning I called the office to speak to Dr. Cook and learned he was leaving the practice. Awesome. “Well, is there any chance I can speak with him about my MRI findings”? Someone would call me back.

Ultimately, I never did get to talk to Dr. Cook again. I don’t know what practice he is off to but I can say my opinion is now greatly diminished. I wound up speaking with his “assistant”. She relayed the message that Dr. Cook said the MRI showed some osteoarthritis and that I should get a shot in my hip. Would you like to schedule that now? “Um, no. Thank you. Bye”.

We had not discussed osteoarthritis as a possible cause and frankly it didn’t seem all that likely. I have no pain other than the groin and adductor area, complete range of movement and a bit of internet research showed that while arthritis in the hip can potentially cause the kind of groin discomfort I am having it is typically not without fairly significant pain or other indications of arthritis in the hip. Additionally, my pain involved fairly sudden onset and seemed to be linked to a particular incident. Color me a bit skeptical but it seemed like blaming the osteoarthritis was a quick, clean, neat way of wrapping up a case before leaving the practice.

So now what? First, I called my new PCP Dr. Jamie Schrenk from St. Joseph’s Health network. Have I mentioned I love Dr. Schrenk as my new physician? She is attentive, caring, and thorough. I called and left a message in hopes of chatting with her to explain my crisis and seek advice. She returned my call at 6:00 that night and spent 15 minutes on the phone with me discussing the situation.

I had a decision to make. I could continue to beat around the bush and followup on the hip angle or go straight to the source and setup an appointment with Dr. William Meyers in Philadelphia. He is the sports hernia guy. I felt like the hip thing was the wrong trail and could see a path of doing a bunch of analysis and treatment of my hip for weeks on end and, when finished, still having a sore groin. I called Dr. Meyers office. His staff was most helpful. My first concern was that if I’m going to see the sports hernia specialist he would find a sports hernia no matter what. 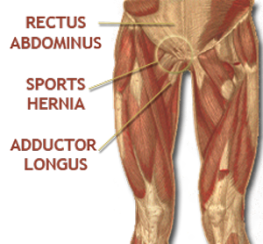 But it doesn’t sound like that’s how it works. He will refer to others quickly if sports hernia can not be diagnosed. Good: Book it Dan-o. It turns out they start out with an MRI and then you see Dr. Meyers. I like this. No point in paying for a consultation and talking without some form of evidence in front of you. August 7th I am scheduled for the MRI at 6:30 followed by a visit with Dr. Meyers.

Still, this hip thing was in the back of my mind. I had time so there is one other person I trust to talk to about sports and injury. After getting a copy of my MRI results I called Dr. Leigh Ann Jasinnas of Tri-County Chiropractic of Exton. She is much more than “just a chiropractor” with a strong skill set in sports medicine and movement. She and her partner Dr. Kennedy have helped me greatly to drag my aging body through the miscellaneous torture I’ve put it through. Dr. Leigh Ann read the radiologist report and took a quick look at the MRI images. She came back to the room and said “Pete, your joints look great. The arthritis is barely evident”. Cross off osteoarthritis as a cause. After glancing at the MRI images myself it could be that ET is stuck in my hips but it definitely is not caused by osteoarthritis. 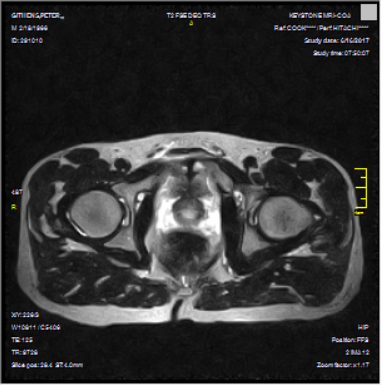 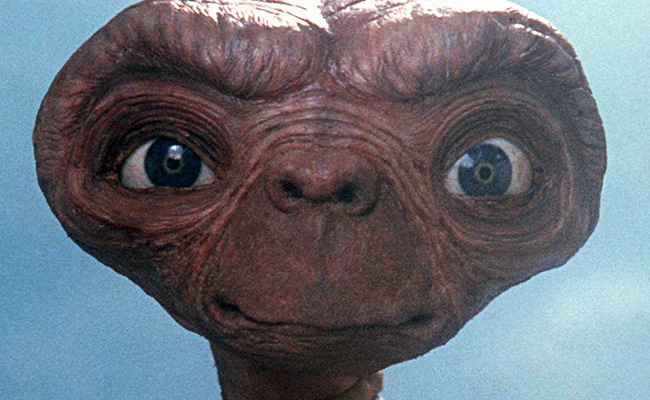 Once again, I at least feel like I have a plan. My fingers and toes are crossed that my visit with Dr. Meyers will come to a positive conclusion and diagnosis. If a sports hernia is found surgery is the answer. It is quick, simple surgery though it may be pricey as it sounds like insurance will not always cover it. Also, scheduling will have to be done carefully. I’ll need to discuss recovery with the doctor and plan around my fall moose hunt to Newfoundland. That will be a rigorous trip involving 10-12 miles of walking on squishy tundra every day. This is not something you want to be out of shape for or trying to recover from abdominal surgery for. But one step at a time. Let’s get a diagnosis and then worry about pesky things like financing or moose.