“Couldn’t they just maybe do exploratory surgery? Or amputate and give me one of those fancy new artificial legs”?

This was my question to Doctor Scott Cook of Commonwealth Orthopedic Associates. Commonwealth Ortho is the go-to medical team for sports injuries in the Berks County area and Dr. Cook in particular is well known for his concern and attention to athletes of all ages. He wants you to be out there being active and is a straight shooter.

As you may recall, since Mother Nature’s ugly March tantrum when she dumped a bunch of white crap on us (can you tell I’m a big snow lover?),

I’ve been dealing with a dull, achey groin injury, the second or third in a series of annoying injuries or illnesses that have defined the 2016 and 2017 race seasons. This one seemed minor but is, apparently, quite complicated. The pain is not insurmountable or sharp. In fact, it is pain I could live with if I had to but it definitely is limiting even in daily life. It also prevents me from being able to run long or fast as my groin and adductors get sore and “tired” and lifting my left leg gets harder. It slowed me to my slowest marathon ever at Boston this year.

Last I checked in on this I had seen Dr. Fast Talker at St. Joseph’s who, while informative, was not all that helpful in providing a solution. “A couple weeks of rest and ice”. A couple weeks of rest and ice it was. By “rest” and ice I mean 2 weeks of no running, swimming, or biking though I did walk around San Francisco a lot and eat a lot of Ghirardelli ice cream and drink a lot of wine. None of our walking was what any of us would consider strenuous. But at the end of each day I could still feel a dull ache deep in my groin. After giving up running and swimming in some absolutely beautiful West coast locations, there had been absolutely zero improvement. 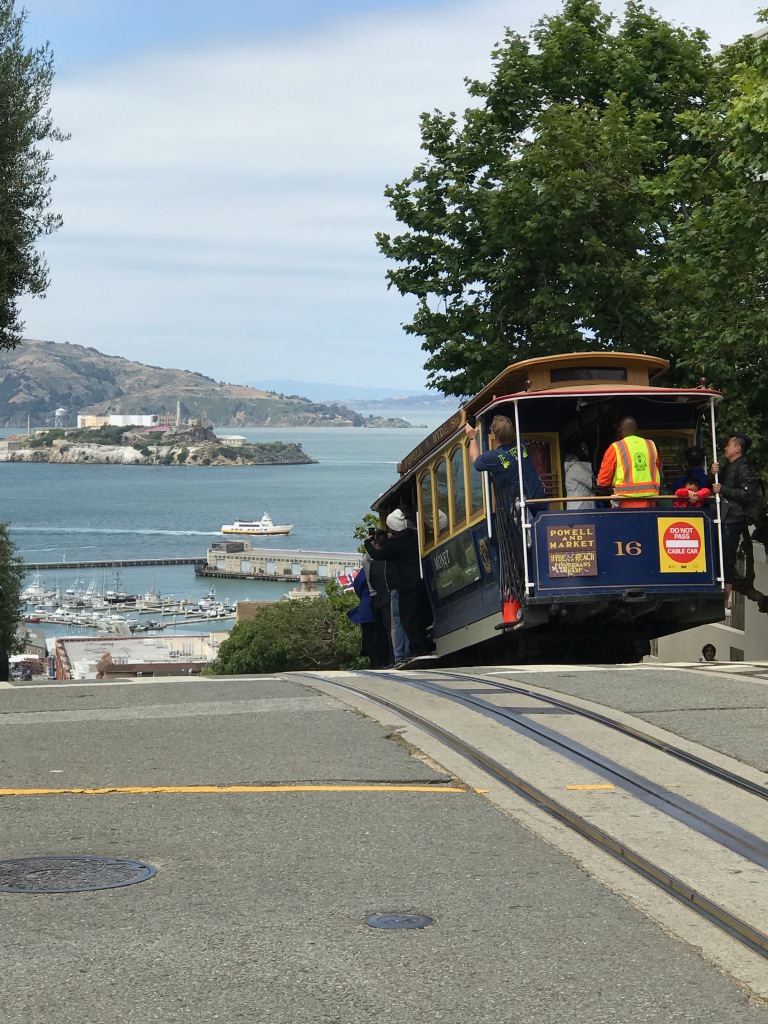 Time for Plan B and Dr. Cook. In the meantime, screw it. Rest didn’t help so I started training again. After not having been on the bike all spring I bailed on my planned “A” race and withdrew from Ironman Ohio 70.3. At least I got some money back. But there is no withdraw policy from the Philadelphia triathlon or Rev3 Pocono. Dammit I paid $200 to swim in the Schuylkill River and I’m going to do it! Unless Dr. Cook says not to. Running, swimming, and biking activities ensued.

Back to my visit with Dr. Cook. After flashing my “frequent flyer” card at the Commonwealth Orthopedic registration desk, I went through the normal pre-visit check-in and then had a lengthy examination and talk with Dr. Cook. Unlike Dr. Fast Talker, Dr. Cook had a thorough explanation of each possible diagnosis. None of them were really good. He mentioned four things two of which he discounted almost entirely as likely culprits. The last two were stress fracture (in one of two places in the hip), and . . . sports hernia (athletic pubalgia). Believe it or not, the stress fracture would be preferable as the rehab is simply time and rest. Dr. Cook felt as though the stress fracture is pretty unlikely as I would have much more acute pain and pain in different places. That said, it is also the easiest to eliminate as the MRI is much easier to do and much more conclu . . .

“MRI!? You mean that thing in the little tiny tube without oxygen!?!? Did they model it after the inside of a snake or what”!?

Hence my questions about exploratory surgery or amputation. Those seem much more plausible and comfortable. The best part is, there would likely be two MRIs. One to rule out stress fracture, and one to try to identify a sports hernia. The problem with the latter is it is very difficult to image and there are only a couple places that can do it.

Once we rule out stress fracture, Dr. Cook and I will talk and decide if the second MRI is really necessary. He is about 99% sure based on symptoms that the diagnosis of sports hernia is correct. This is where we departed dramatically from Dr. FT. Dr. Cook has never heard of rest curing a sports hernia successfully. “If you are restful long enough, it will feel better but when you start to train again it will come back”. Plus it is nearly impossible to completely rest. Walking, yard work, life . . . all involve not rest. This is a basic core injury and it is nearly impossible to not move what needs to be rested in daily life. We use our core all the time for nearly everything. I can feel this injury tugging at me just getting out of bed in the morning.

The only real choice to fix this and be able to continue running, triathlon, and otherwise being active is surgery. According to Dr. Cook and Dr. Fast Talker there is only one guy to do the surgery too and that is Dr. William Meyers who is conveniently located in Philadelphia. Dr. Meyers is the guy who fixes all the high-dollar athletes when they get sports hernias. He is also the guy that doesn’t take a lot of insurance. I guess if you are a high-dollar athlete chunking out $15,000 out of pocket for surgery isn’t too big of a deal. Perhaps I should start a Kickstarter campaign. But Dr. Cook says Dr. Meyers has started working with some insurance companies and plans to get the wheels turning for me if needed.

The logistical challenge is that the surgery has some significant recovery challenges. While chatting, Dr. Cook and I sort of focused on marathons (as an example). He said if I had the surgery now, the earliest I could be racing again is maybe a spring marathon. Now that would include ramping back up training and being ready to run fast. I found an article in Men’s Health magazine quoting Dr. Meyers with a recovery time of 3-7 weeks post surgery. That doesn’t sound so bad. If we come down to the surgery option there are a lot of things to figure out here as far as timing, and recovery.

In the meantime, I had told Dr. Cook that I was training again after seeing no improvement from rest. I also mentioned I had a couple triathlons this summer I’d like to try to do before surgery. He said “Keep doing what you are doing as long as you can tolerate it for now”.

Me in an MRI machine. This oughta be good.