Halloween morning will mark the two-week anniversary of my surgery to fix a torn hip labrum and core muscle injury. I thought I’d provide a quick update on how things are going. Really though, when was the last time I had a “quick update” on anything? And I’m sure you’ve all been waiting on the edge of you seat for said update. Be that as it may, I will try to be quick.

Pain-wise, I have to say this whole thing was nowhere near as bad as I expected. Immediately after surgery I had a bit of pain (maybe 6 on a scale of 1-10), but that was easily handled by the Percocet. I can say it wasn’t fun when my driver didn’t see a speed bump and we launched over it at high speed. Otherwise, things were not too bad. In fact, I had much more pain from the injury itself the day or two after the Boston Marathon. Other post-surgery symptoms involved fairly heavy bruising on my left thigh from the laparoscopy, and some other bruising and swelling of . . well there was other bruising and swelling.

The rehab work has been going swimmingly. From the time we returned home on Wednesday until last Monday, I faithfully did the isometric exercises Sarah documented for me. If not put in context, some of the exercise names might be found in one of the racier articles in a magazine such as Cosmopolitan.

Things like abdominal bracing, hip squeeze, glute squeeze, and ankle pumping. Alas, these were fairly boring exercises that, to the casual observer, involved just laying on the floor doing nothing. Most have no perceivable motion involved. But I have been diligent (if not bored) in their completion. Even the dreaded hip adduction which, until recently, just the thought of doing made me break into a sweat.

I have also embraced the daily trip to the gym to use the spin bike for ten to twenty minutes as allowed by my recovery plan. I had hoped to just use my regular bike on the trainer but without some sort of system to hoist me up and lower me on to the bike from above there was no way I could do that. The spin bike allowed me to step on relatively easily from one side. The trip to the gym has provided a much needed social escape.

Last Monday I moved in to phase 2 of rehab which involved working with a physical therapist for massage and additional exercises. The post-op instructions from Vincera really emphasize the importance of massage both by the recovering patient and professionally. This involves mostly the adductors and is necessary to keep them loose, adhesion free, and individually firing. In fact, the massage is supposed to continue for up to six month post surgery.

Therapy was another chance to get out of the house. I was under strict orders of no driving while I was still on crutches. Fortunately, I had been able to work from home (and actually have gotten tons of stuff done) but the limited social exposure was starting to work on my mind.

Social media is helpful, but only to a point.

For therapy I had contacted Vanessa Bowers whom I’ve worked with in the past for different foot and ankle issues.

Vanessa got me healthy again quickly and I am always impressed with her knowledge and PT skills. These days she is practicing a bit further from home but I felt it was worth the longer drive to use a trusted resource. I am seeing Vanessa three times a week, every week for the next few weeks. In addition to my Vincera isometric exercises, Vanessa has added, and will continue to add some new ones. It’s nice to have a bit of variety.

The CMI repair utilized steri-strips to close the incisions. The hip repair was done laparoscopically and required sutures to close the little holes. These stitches had to be removed. I was given a choice by Dr. Meyers regarding surgical followup. Instead of making Janice drive me the 90 minutes down to the Navy Yard where Vincera Institute is, I was able to go see my regular PCP who popped the stitches out and made sure things were healing well with the incision. This happened last Thursday which was nine days post-op. I’m glad I didn’t wait longer as some of the sutures were starting to imbed in the skin requiring a bit of pulling and digging to remove. I got the nod that everything looks good including the much-reduced bruising.

Saturday morning with Vanessa’s guidance, I graduated down to one crutch instead of two. This may not seem like a big deal, but picture not being able to carry a cup of coffee or anything else because you are crutching everywhere. Realize I get out of bed hours before my spouse (who has been wonderful). That is hours without coffee. Now I did adapt and find a way to haul a bit of coffee from one room to the next but it was liberating to suddenly have a free hand when walking.

In the almost-two-weeks any leftover discomfort from the surgery has rapidly subsided. For a while some of the PT exercises were kind of painful. While it’s too early to call the surgery a smashing success, I can say that I can already tell a difference. The chronic minor aches in my hip and groin I used to get when sitting for long periods are gone as is the nearly constant dull ache in my groin and abdomen. Yes, there is still a sharp twinge from the repair if I move awkwardly but I can already tell a big difference. I think we are headed down the right path.

The insurance fight is not over. Both surgeries will be submitted to my insurance and, if denied, Vincera will generate an appeal. I intend to appeal all the ay up to the top levels of my insurance provider. In researching, I also learned that the Affordable Care Act that all the diehard conservatives love to hate provides for independent external reviews of denied claims. This is requested by the complainant but is one of the many good features of the ACA that nobody ever mentions. I’m also prepared to take the appeal process well beyond that and to the courtroom if necessary. Really, what do I have to lose? Hopefully it doesn’t come to that. 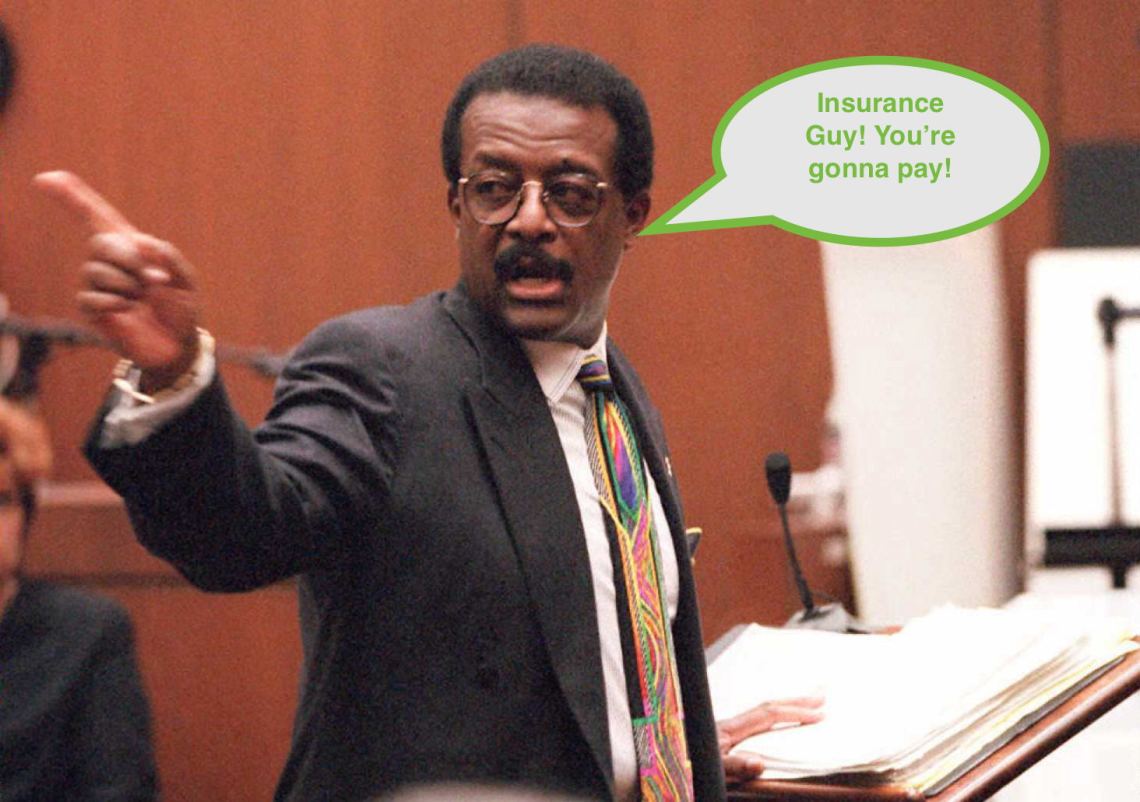