The morning had been beautiful, especially after the first heatwave of summer. Despite the windy conditions, the weather was otherwise ideal for cycling or really doing anything outside. I bounced on the pedals climbing a small hill. Glancing to my left I looked over a green valley with Amish farms as far as the eye could see.

A starburst of bright goldfinches, startled from their roadside feast, took to the sky against a backdrop of blue chicory. I let my eyes feast on this scene as I crested the hill and began to roll quickly down the other side. A noise snapped my attention back to the road. Suddenly, instead of Amish farmland I found myself staring down the business end of a front-end loader full of Amish cow manure.

I barely managed not to become one with the scoop of fertilizer. The young farmer had exited a lane along a barn with only a glance and hadn’t seen me. Close calls with large amounts of cow poop is not necessarily on the list of high-points for a day of cycling. In this case it was just the dose of reality I needed to balance out a ride otherwise filled with cuteness overload.

For the uninformed, “cycling” is how people who are serious about riding bikes refer to their sport. Bikers have Harley Davidsons, Triumphs, or Kawasakis.

Biking on a Harley 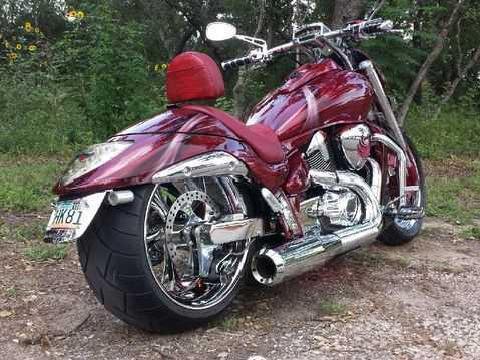 Cyclists have Treks, Pinnarellos, or Specialized. (Among others).

Until recently, the extent of my cycling had mostly been to train and race triathlon. Now granted, I have always enjoyed getting out on the bike but there was always a goal: Heart rate, wattage, distance, time, etc. Gotta get ready to race. No time to have fun.

All that is changed now. Triathlon is off the table along with marathons, trail running, 5ks, or escaping rubber monsters in B-rate thrillers. (Technically, I guess that last one would be okay. Someone has to inexplicably fall and get eaten.) With divine guidance from the powers that be, I had coincidentally purchased a new all-road (or gravel) bike this year with the intent to try to mix things up a little.

What a fortuitous decision that has turned out to be. I posted last week about my first gravel trail rides and how delightful they were. I still think my future lies there but after the last few days of riding around Lancaster County I would be remiss if I didn’t praise the general merits of road cycling as well.

I will always love running, and my heart will always hurt a little when I see a runner out on a beautiful morning. But cycling lends a certain freedom to the day that running can not. How often have I been out for a run and thought, I wonder what lies over that hill? Checking that out while running may have meant adding several miles, difficult for most of us by foot. On a bike, a few extra miles is just not a big deal. (Assuming the hill isn’t Mt. Washington.) There are also baby horses. Who can resist the appeal of a tiny foal standing under his mother’s legs swishing his little tail or rolling around in green pasture grass? 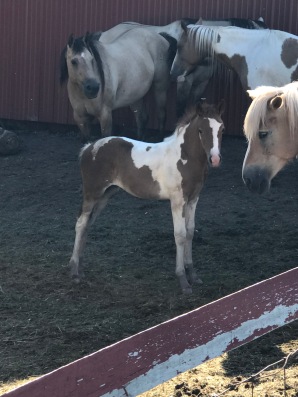 While you certainly take a look as you run by, it is no big deal on a bike to ride a few hundred yards up a farm lane for a closer look or, if you are lucky, get a chance to stroke a velvety little face. On a related note, it isn’t such a big deal to carry an extra granola bar or two on a bike either. It turns out a piece of a granola bar gets a cyclist in good graces with a momma horse and makes a little guy positively giddy.

Often times I think my wife and I are looked at as old fogies because we don’t have kids. That doesn’t mean we don’t like kids. We do, just as long as they belong to someone else. Children are really cute but none cuter than the little Amish girls in their flowery dresses and bonnets or the little boys in their suspenders and straw hats. Over the last two days the kids have been out in force. I saw a group of girls playing on some sort of open buggy, and a bunch of little boys and a puppy chasing butterflies across a field with a net. Seriously, how sweet and innocent can you get!? But nothing is cuter than the brother and sister peaking out of the back of a buggy as it clip-clops along the road. Well, unless the little girl is also cuddling a tiny, black and white kitten!

This was my ride yesterday with a steady climb up the cute continuum. I slowed down and followed the buggy with the two children and kitty until the little boy shyly gave me a little wave. The ride and the day had featured all that is good in the world. I was beginning to lose touch with reality. I was just thinking of creating my own intervention by stopping and perusing all the political bickering on Facebook to bitch-slap myself back down to earth when I nearly plunged head-long into the scoop of manure. Certainly this was the lesser of the two evils.

In other moments of my vacation bike rides, I found “roads” that didn’t really exist that I had planned to ride using on-line maps. Were I running instead of riding, this could have been a crisis as an unplanned detour could add unsustainable distance or cause the delay in getting to a critical aid point (and by “critical aid point” I mean a bathroom). On a bike, this is no biggie. Just look at the map and find another route. A few minutes of extra pedaling really means nothing on a 30 mile ride.

One of the awesome things about running when we travel is I often stumbled across hidden gems for us to visit later. Farm markets, shops, wineries, parks, you name it. I’ve even found great new hunting and fishing spots while out running. It turns out that cycling provides even more opportunities for such finds just based on the additional distance typically covered. A short bike ride is the equivalent of the very longest of runs. I can strike out each day in a different direction and see what I find.

This strategy of “bike and visit” can backfire though. While returning to camp after visiting a newly discovered farm market yesterday we drove up a hill I had ridden that morning. I was just telling my wife what a tough hill this was to climb on a bike when we came across a Mennonite man riding up the very same hill. He was on a steel three speed bike with a child in a trailer in tow. My wife’s sideways glance said it all.

Right now the 2018 edition of the Tour De France has begun. For the next 20 days or so, the cyclists will ride some of the most spectacularly beautiful parts of Europe and they won’t pay attention to even a tiny bit of it. Their focus will be winning the stage or helping their potential Grand Champion teammates get to the TdF podium in Paris. Their view of France will be restricted to the 3 inches of space and the 23mm tire in front of them. Former pro riders turned NBC announcers Bob Roll and Jens Voigt have both said now that they are in the booth instead of racing, they love having the opportunity to go back and ride the places they ignored in their race days. I truly appreciate the scenery from atop my saddle. 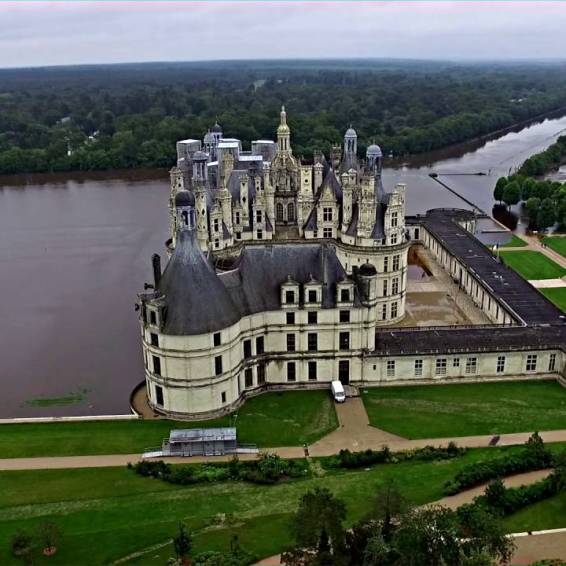 I haven’t decided for sure on gravel racing and I’m really skeptical about aquabike (triathlon minus the running), but be it trail or road this riding thing is okay. Especially when there are foals, kittens, puppies, and little Amish children. A little manure not withstanding.